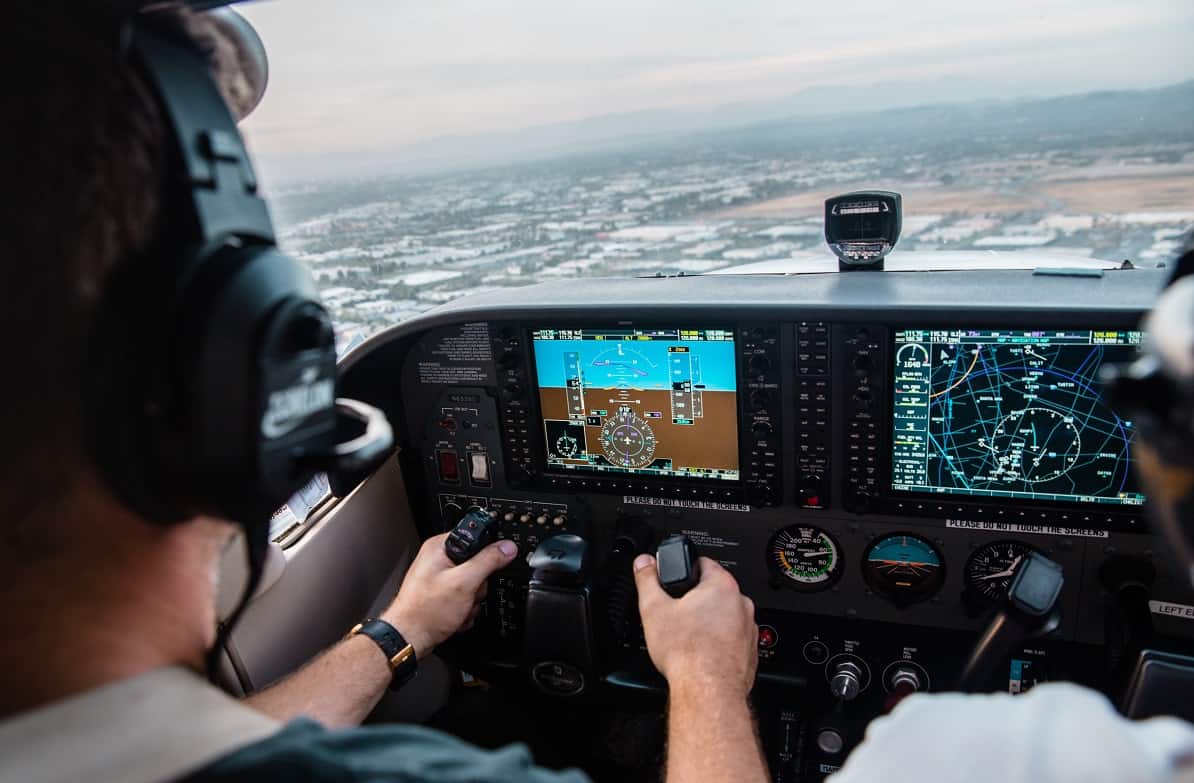 What are V Speeds?

You’re surfing YouTube when you stumble across one of those aviation cockpit videos. You decide to take a look but as the pilot begins communicating with the tower, you wonder exactly what language it is that the pilot’s speaking. It doesn’t sound like anything that you’ve ever heard.

Then, as the takeoff begins, you hear “V1, rotate, V2” and you’re even more confused. What? Is the pilot just reciting random letters and numbers?

It’s okay. Believe it or not, these actually mean something. These are what are known as “V Speeds”.

So, What Are V Speeds?

V speeds are standard aviation terms that are used to represent certain airspeeds that are critical (or at least beneficial) to aircraft operation. In essence, V speeds are simply pilot shorthand.

It’s also important to know that V speeds are unique to each aircraft. There are no “universal speeds” because the design of each aircraft determines the speeds based on dozens, if not hundreds of factors.

There are literally dozens of V speeds. However, some of these speeds are more important than others.

V speeds play an important role in aviation safety due to simplifying the pilot’s workload. The most critical V speeds are even identified on the airspeed indicator by color codes which make it simple for the pilot to see with nothing but a quick glance. These include:

While these are all identified on the airspeed indicator, there are also three other V speeds that are critical to know. These are:

Now, let’s look at each of these in more detail below.

Vs0 – Stall Speed in Landing Configuration

Vs0 is the stall speed when the aircraft is in landing configuration. While this varies slightly by aircraft, generally this means that the landing gear (if so equipped) and flaps are down. This is also sometimes referred to as “dirty” configuration.

Vs0 is represented on the airspeed indicator at the bottom of the white arc.

Vs – Stall Speed in Clean Configuration

Similar to Vs0, Vs is the stall speed of the aircraft in clean configuration. Generally speaking, this is when the landing gear and flaps are up.

Vs is represented on the airspeed indicator at the bottom of the green arc.

The maximum flap extension speed is the fastest speed at which the flaps may be safely deployed. Doing so above Vfe may result in upsetting the aircraft, damaging the aircraft, or even a loss of control.

Vfe is represented on the airspeed indicator at the top of the white arc.

The safe structural cruising speed is the maximum speed at which it’s safe to operate without the fear of causing damage to the aircraft. While it can also be safe to travel above Vno, it is only safe to do so in smooth air when no turbulence is present.

It’s also important to note that in severe turbulence, slower speeds are generally required. In these cases, pilots will slow to Vra, which is defined as the “rough air” speed, or the “turbulence penetration speed”.

Vno is represented on the airspeed indicator where the top of the green arc meets the bottom of the yellow arc.

Vne is fairly self-explanatory. The never exceed speed is that speed that you should never exceed. Doing so will result in the very real possibility of critical parts departing from the airplane. (Not to be too morbid, but this is why airplanes often disintegrate when they enter an uncontrollable dive.)

Vne is represented on the airspeed indicator by a red line.

The best angle of climb is a measure of how much altitude can be gained per given distance. This is used most often when there is a limited takeoff distance and the aircraft needs to clear obstacles.

An example of this would be when taking off from a short, remote airstrip that’s surrounded by tall trees. Another example might be at an urban airport that has many tall buildings or radio towers near the end of the runway.

If Vx is not placarded on the instrument panel, the pilot should commit it to memory.

The best rate of climb is the speed at which the aircraft will gain the most altitude in the shortest amount of time. This is also what pilots use most often as their climb speed after takeoff.

If Vy is also not placarded on the instrument panel, the pilot should commit it to memory as well.

Design Maneuvering Speed is the speed beyond which it may be unsafe to apply full deflection of the flight controls. Doing so may result in structural damage, up to and including having the wings or other important parts depart the aircraft. Obviously, this would be less than ideal.

Va is not marked on the airspeed indicator. In some planes, it will be listed on a small placard but it’s important for the pilot to know the maneuvering speed even if it’s not. It’s also important to understand that Va is defined by the manufacturer based on the maximum gross weight of the aircraft.

If Va is not placarded on the instrument panel, the pilot should both commit it to memory, as well as the formula to calculate Va based on the actual operating weight of the aircraft.

Even more important to know is that Va changes when the pilot is operating the plane at less than max gross. For this reason, understanding how to calculate maneuvering speed based on actual weight is a critical safety issue. See the video below for a more detailed explanation.

Read also: Why Is Weight And Balance Important In Aviation?

V1 is the speed beyond which takeoff should not be aborted. This is because there will not be sufficient runway remaining for the aircraft to stop safely. V1 is calculated based on the runway length, aircraft weight, and other factors.

V2 is the speed at which an aircraft can safely climb with one engine out. Obviously, this only applies to aircraft with more than one engine.

V2 is the speed at which the pilot can safely apply inputs to the flight controls that will pitch the nose up, which results in the aircraft taking flight.

Often referred to simply as “best glide speed”, this is the speed at which the plane will glide the farthest without an operable engine. In order to be prepared, this is an important speed for a pilot to know in the event of an engine failure.

Vbe is the speed at which the aircraft will be airborne for the greatest amount of time for the amount of fuel consumed.

Vbr is the speed at which the aircraft will cover the greatest distance for the amount of fuel consumed.

Vra is the speed at which it is safe to fly the airplane into turbulent conditions without causing damage to the airplane.

For multi-engine airplanes, Vmc is the minimum speed at which the pilot can still control the aircraft after the failure of one or more engines.

This is the speed for multi-engine aircraft at which, as defined by the manufacturer, it’s safe to intentionally operate on only one engine.

What Are V Speeds?

V speeds are important tools that help pilots safely and effectively operate their aircraft. They are simply pilot shorthand that is used to identify the critical operational airspeeds for various phases of flight.

There are many more V speeds, though they are much less common. For this reason, I have not included a complete list but to read more, you can visit this page on Wikipedia, which has a fairly comprehensive listing.

In addition for a detailed discussion of the more common V speeds, watch this video: