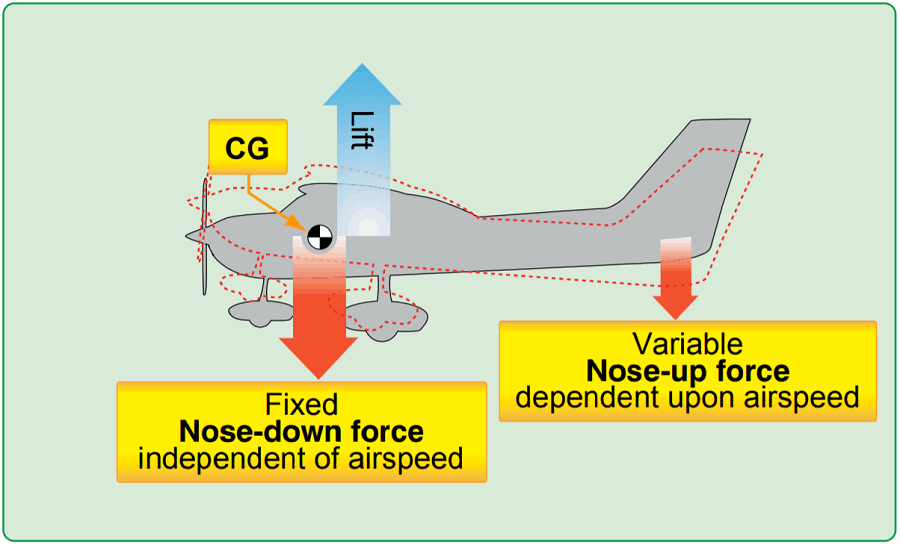 The Importance Of Weight And Balance In Aircraft

One of the first things you’ll learn about when learning to fly a plane is Weight and Balance. You’ll learn that this relatively simple-sounding term is actually a fairly complex subject. This is because weight and balance have a significant impact on flight operations and are critical to operating your aircraft safely.

Weight and balance have a direct effect on the stability and performance of the aircraft. If a plane is too heavy, it may never get off the ground. If it’s out of balance, it may be uncontrollable when it does take flight. Obviously, neither of these scenarios will produce a desired outcome.

What Is “Weight And Balance”?

“Weight and balance” is, simply put, exactly what it sounds like. These are the measurements of how heavy the aircraft is and where that weight is “balanced” in relation to the center of gravity (CG).

Weight by itself is an important factor in aviation. This is especially true for light aircraft, most of which have a limited useful load.

The useful load of an airplane is the amount of weight it can carry. This is determined by taking the maximum gross weight as determined by the aircraft manufacturer and subtracting the airplane’s empty weight. What’s leftover is how much weight you can carry in fuel, passengers, and baggage.

Due to the fact that planes are designed to be as light as possible, most small aircraft can not safely operate with a full complement of fuel, passengers, and baggage. To paraphrase an old aviation adage:

“You can fill the seats or the fuel tanks, but not both.”

The other important aspect of weight and balance is the “balance”. Not only is weight important but possibly even more so is where you put that weight. In a perfect world, we would be able to precisely place all of our weight directly at the CG.

However, in the real world, this isn’t possible. As a result, we have to carefully plan for how much weight we take and where we put it in order to operate the aircraft safely.

The Reference Datum (or “Datum” for short) is an imaginary point from which every point on an aircraft can be measured. The Datum is defined by the aircraft manufacturer and is listed in the aircraft flight manual. It is from this point that all weight and balance calculations are made.

The Moment is the amount of torque (or force) applied based on the distance from an object. Simply put, you can think of the Moment as leverage. The further the object is, the higher the moment. The Moment is calculated by multiplying the object’s weight by its Arm.

In an aircraft, the Ballast is any weight that can be added or removed in order to bring the CG into an acceptable range of balance. Ballast can be people, baggage, seats, equipment, or any other type of weight. It can be permanently attached to the aircraft or temporarily added or removed.

The Mean Aerodynamic Chord is a bit more complicated than our previous terms. To make it as simple as possible, the MAC is essentially the point on the wing where the air pressure and lift are the same as the average for the whole wing.

Below is a more detailed (and probably, more correct) explanation from Wikipedia:

A specific chord line of a tapered wing. At the mean aerodynamic chord, the center of pressure has the same aerodynamic force, position, and area as it does on the rest of the wing. The MAC represents the width of an equivalent rectangular wing in given conditions. On some aircraft, the center of gravity is expressed as a percentage of the length of the MAC. In order to make such a calculation, the position of the leading edge of the MAC must be known ahead of time. This position is defined as a distance from the reference datum and is found in the aircraft’s flight manual and also on the aircraft’s type certificate data sheet.

Not to worry, though. You don’t need to be an engineer to calculate weight and balance. Everything you need to know is spelled out for you in the aircraft’s flight manual. If you’re interested, you can learn more about aerodynamic chords here.

Effects Of Weight On Aircraft Performance

The amount of weight an aircraft carries has a direct effect on its performance. As a result, overloading an aircraft can have potentially disastrous effects. Some of these effects include:

Effects Of CG On Aircraft Performance

As one would expect, how an aircraft is balanced in relation to the CG will also impact the aircraft’s performance. The effect of CG on aircraft performance can range from slight all the way up to the aircraft being unsafe to operate.

For example, if the CG is to the rear but still within acceptable limits, the pilot may simply notice that he/she needs to trim the nose down slightly more than usual.

On the other hand, if the CG is forward and within limits, the pilot will have to compensate in the other direction, trimming the nose up.

The CG can also be out of balance from side to side. This will result in one side of the aircraft requiring more lift than the other. As a result, the aircraft will want to roll towards the heavy side.

In the worst-case scenario, if the CG is too far forward or to the rear and falls outside of CG limits, the aircraft may not have enough elevator to keep the plane in controlled flight. In an extreme case, this out of CG condition can have tragic results. The video below is a prime example.

How Is Aircraft Weight And Balance Calculated?

Calculating weight and balance is not particularly difficult. All the hard work has already been done for you by the manufacturer. The empty weights, arms, and moments are already defined for you. As the pilot in command, all you have to do is calculate the moments of people, fuel, and baggage in order to make sure that you’re within the CG limits.

Let’s look at the following image as an example.

In this example, we have an airplane with two rows of seats, 88 gallons of usable fuel, and two baggage areas, each of which includes the distance from the Datum (Arm). The location of the empty weight center of gravity (EWCG) is shown and also includes its Arm.

To calculate weight and balance, simply enter the weight of your passengers (including yourself), baggage, and fuel into the appropriate locations (shown on the spreadsheet as “Item”). Multiply the weight by the Arm to determine the Moment. When you have done so for every location, divide the Total Moment by the Total Weight. This is your calculated CG.

Compare your CG to the CG Limits for your aircraft. If you’re within the limits, you’re in good shape. If your CG is NOT within the limits (or it’s very close), you can move people or baggage around in the cabin and recalculate the weight and balance.

For example, if you have a large person in the backseat, you can have them switch places with the front seat passenger. If you have a heavy bag in the rearmost baggage compartment, you can move it to the forward compartment (or even to the back seat if you have space).

Weight And Balance Changes To An Aircraft

It’s also important to remember that if you make changes to the aircraft, the weight and balance will change and need to be recalculated. For example, if you replace some of the avionics and have the seats re-upholstered, the weight will likely have changed, even if only a little. Any good A&P mechanic will recalculate your weight and balance when significant changes are made but it’s important for aircraft owners to make sure. The video below is a good overview of the process.

Weight and balance are critical to the safe operation of an aircraft. Making these calculations is a critical step for a pilot to ensure the safety of the flight. If you’re interested in a much more detailed exploration of the subject, you can also visit the FAA’s website and read their Weight And Balance Handbook.

When you decide that you want to learn to fly, understanding your goals is critical to helping you choose a flight school that's perfect for your needs.