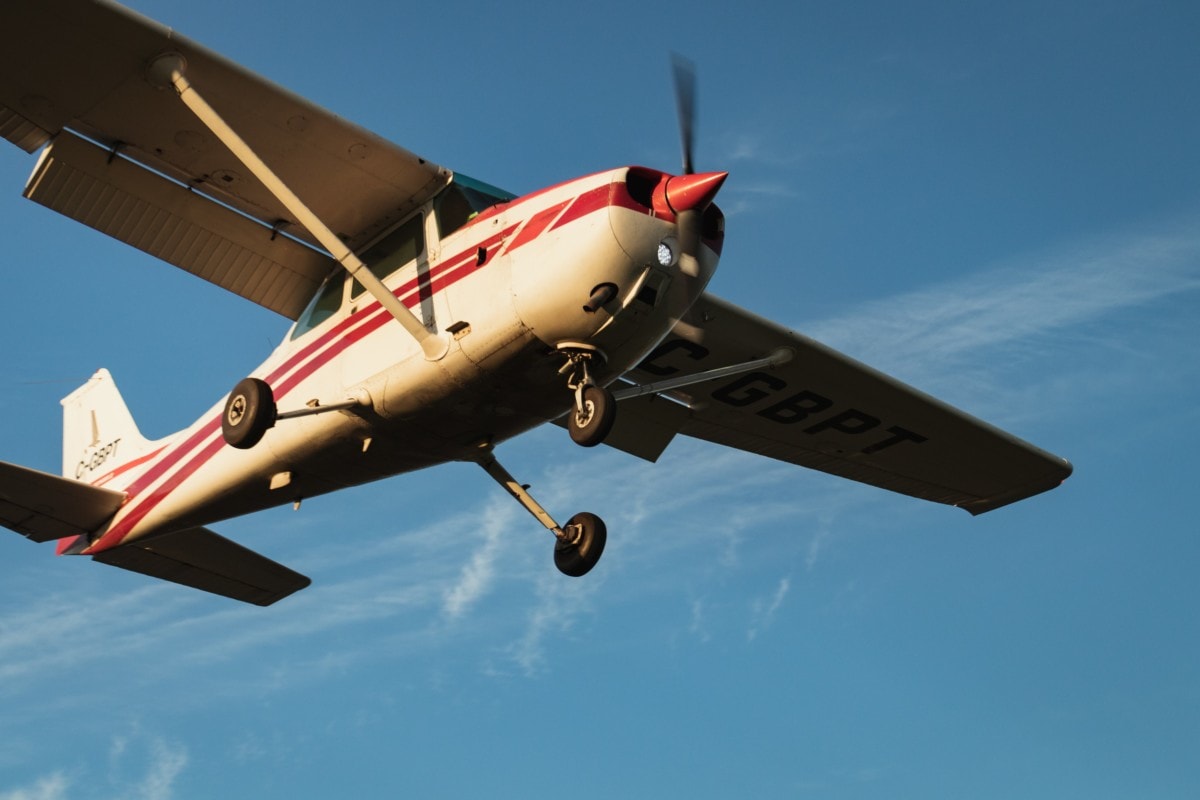 A common question that has been raised many times in flying forums over the years is whether or not it’s legal to land a plane on a road or highway in the United States. With more than 4.18 million miles of road in the U.S., there is no shortage of paved surfaces. If you need to, or just want to, land on a road, is it legal?

The answer to whether or not it’s legal to land a plane on a road varies widely from state to state. And it is important to note, there are meaningful distinctions between what is safe, legal, and necessary.

In cases where specific statutes do not exist, broad interpretations, such as the catch-all prohibition of reckless or careless operation may be the ultimate deciding factor in determining whether a landing spot is legal in the absence of an emergency.

All pilots must fully consider the hazards and risks of any landing choice. Even helicopter pilots, who land off-airport, must secure a safe landing zone. In 2012, pilot Michael Croissant attempted to land a Bell 407 helicopter next to the Nassau Veterans Memorial Coliseum in Uniondale, NY, where a rave concert was going on. After he attempted to land in a crowded area, he was subsequently arrested and charged with first-degree reckless endangerment. In addition, his aircraft was seized.

It’s not a foreign concept to use roads for landing. Many other countries, including Germany, Finland, Switzerland,  have designated “highway strips”. This is where public roads are built to be used as runways and auxiliary military airbases.

In some places, runways may be used as a road, such as the Paxson Airport runway in Paxson, Alaska.

Can You Legally Land A Plane Anywhere?

The Federal Aviation Regulations (FARs) do not require pilots to take off or land on runways. Pilots should know about FAR § 91.13, which states “No person may operate an aircraft in a careless or reckless manner so as to endanger the life or property of another.” This broad regulation could be applied to landing a plane on a road if other people, livestock, structures, or property were endangered.

Some states have specific laws that address landing on roads, or on property belonging to others:

CA Pub Util Code § 21403  – The landing, takeoff, or taxiing of an aircraft in California on a public freeway, highway, road, or street is unlawful except in cases of a forced landing, a landing during a natural disaster or other public emergencies (with prior approval), or when the landing, takeoff, or taxiing has received prior approval from the public agency having primary jurisdiction over traffic upon the freeway, highway, road or street.

Idaho Statutes. Title 21. Aeronautics. Chapter 2. State Law For Aeronautics. 21-204. In Idaho, landing an aircraft on the land of another without consent is unlawful, except in the case of a forced landing.

NRS 493.050 – In Nevada, the landing of an aircraft on the lands or waters of another, without his or her consent, is unlawful, except in the case of a forced landing.

ORS 837.090. It is illegal to land aircraft on highways or public parks or other public grounds without permission from the authorities in charge thereof.

Texas Transportation CodeSec. 24.021 – In Texas, landing on a road is a misdemeanor offense, unless it’s an emergency or in a reasonable amount of time after an emergency. For example, if an aircraft must land for a mechanical failure and then is repaired, it can take-off again to depart the area. The third part of this statute allows a commissioners court of a county to enact ordinances to ensure the safe use of county roads by aircraft.

Wyoming Statutes Title 10. Aeronautics § 10-4-303. Low or dangerous flight;  landing on land or water of another. In Wyoming, landing an aircraft on the land of another without consent is unlawful, except in the case of a forced landing. Nothing in the statute prevents an operator or pilot from operating, landing, or taking off, on or over his own property.

Laws that are not specific to aircraft may apply as well, sometimes under legal interpretation. For example, in Minnesota, the State of Minnesota vs. David William Sherbrooke (CX-01-120) established that (1) An airplane is a vehicle for purposes of the traffic regulations; and (2) Minnesota’s Highway Traffic Safety Act is not preempted by federal aviation law or regulations.

You should proceed with extreme caution if you’re landing anywhere that isn’t regularly used for aircraft operations. Private property owners may not have liability insurance to compensate you or replace your aircraft should the landing surface not be suitable for landing.

Can you land a plane on your property? Yes. As long as you own (or legally control) the property and there are no local laws preventing it, you can land a plane in your backyard. Or front yard, for that matter, provided that you have sufficient space. So go ahead and put that airstrip on your property.

Pilots choose roads for safe emergency landings all the time. On January 31, 2021, a pilot in Colorado landed on Highway 50 near Penrose after experiencing an engine failure. A pickup truck towed the aircraft to a nearby airport. Another aircraft safely landed on Interstate 80 near Salt Lake City, UT on December 5, 2020.

In cases of fuel exhaustion, pilots will put an aircraft down on a road, refuel, and take off again. This happened on I-640 in Knoxville, Tennessee on September 29, 2020. Fuel management is the sixth leading cause of general aviation accidents in the U.S. Accidents involving fuel exhaustion (running out of fuel) are almost always preventable.

With all decisions, including choosing a landing spot in a non-emergency situation, pilots must consider how to best manage hazards and risks, from identifying safety-related hazards and mitigating associated risks. Even if legal, landing on a road should be avoided if it is not the best choice.

The four fundamental principles of risk management identified in the Pilot’s Handbook of Aeronautical Knowledge, Chapter 2:

There are instances where landing on a road may be the safest choice. For example, in Alaska, pilots may choose to land on a road if crosswind conditions exist at an airport. If a pilot is planning a road landing, he or she should consider nearby hazards such as wildlife, foliage, the possibility of parked vehicles, etc.

Ultimately, it’s up to each pilot to make sure that if they choose to land on a road, they understand the potential legal and safety ramifications of their individual circumstances.

link to Why Is Weight And Balance Important In Aviation?

When you decide that you want to learn to fly, understanding your goals is critical to helping you choose a flight school that's perfect for your needs.