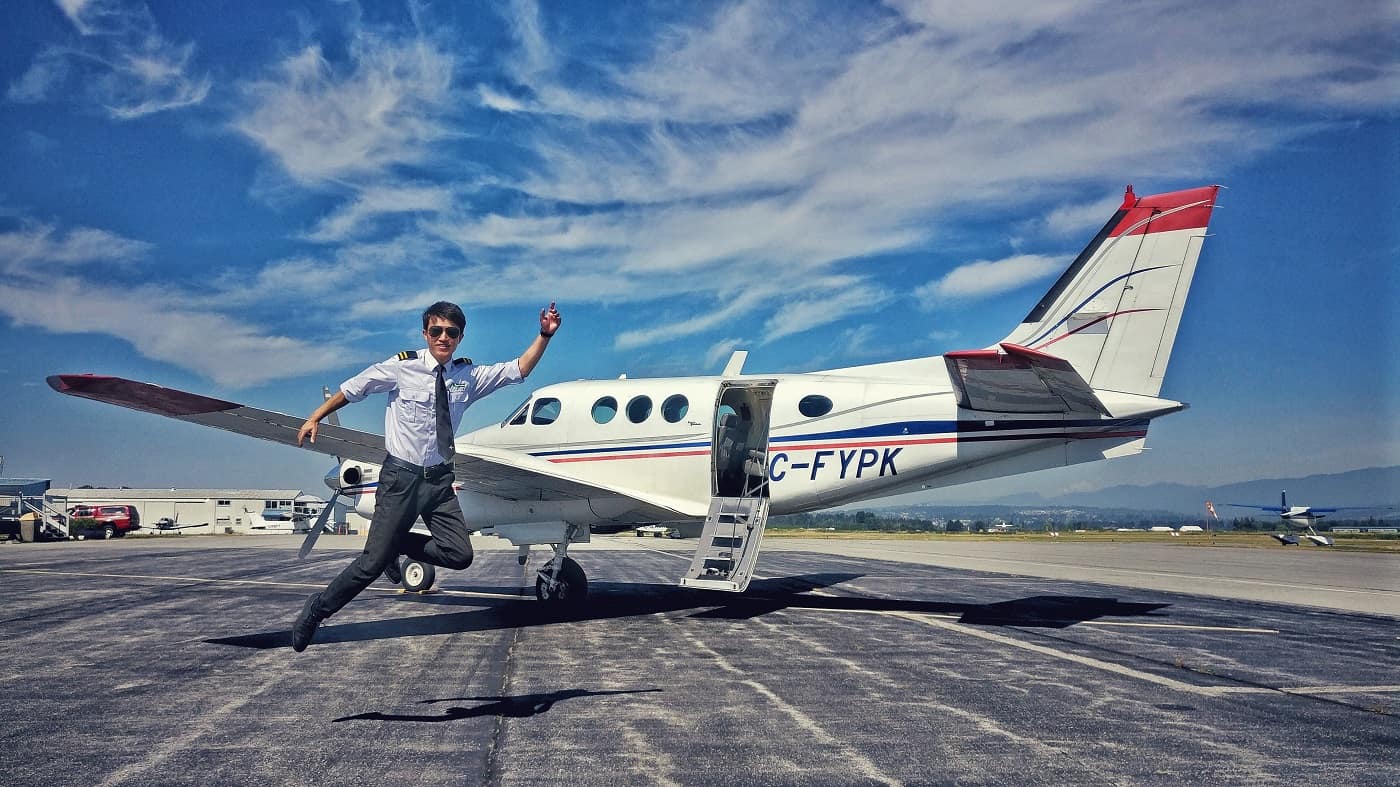 Is It A Good Time To Become A Pilot?

When pondering a career in aviation, it’s only natural to wonder if it is a good time to become a pilot. The fact is, those of us that love aviation will always answer that question in the affirmative.

“Of course! It’s a GREAT time to become a pilot!”

However, if you’re seriously considering flying for a living, you need much more information before you make that decision. You’ll need to do a lot of research. You’ll want to figure out exactly what your career goals are. Last but not least, you’ll also need to understand the trends in the industry so you can get an idea of what the long term potential will be.

Deciding if now is a good time to become a pilot is a personal decision that requires a lot of thought and research. I think the answer is yes. Here’s why.

The first trend is the obvious growth in aviation. The International Air Transport Association (IATA) estimates that air traffic will double by 2037. That’s less than 20 years from now.

Of course, some rudimentary math tells us that if IATA’s forecast is even close, we’ll need a lot more airplanes. And since those planes won’t fly themselves (at least not yet), we’ll need pilots to fly them.

“If you look at those 44,000 new airplanes over the next 20 years, to go along with that we need about 800,000 new pilots, 750,000 new aviation technicians and so building that talent pipeline for the future is really important…”

Compounding the capacity problem is the current pilot shortage. Now, some will argue that the pilot shortage really isn’t, but again, rudimentary math tells us otherwise. While the demand for pilots is growing, our pilot population is not. The number of U.S. based pilots has been steadily shrinking for decades.

Is The Pilot Shortage Real?

In fact, the only reason we have more pilots in 2018 than we did in 2009 is due to the fact that student pilot certificates more than doubled, increasing from 72,280 to 167,804. If you remove student pilots from the equation, the result is a decrease in total pilots of more than 12.1%.

Now, hopefully, the high number of student pilots will result in our pilot population growing in the years to come. However, the trend does not yet appear to support that idea.

This makes a strong case in favor of becoming a pilot. When you have a growing demand for pilots, coupled with shrinking supply, it becomes a “pilot’s market”.

Many of these traditional sources of pilots are drying up. The military has long been a prime source of experienced pilots. However, in recent years even the Armed Services are having a difficult time filling the role.

“Although the numbers appear positive in aggregate, there exists an imbalance between a surplus of senior aviators and a shortage of nearly 700 junior aviators across the three components from required manning levels…”

A recent study by Cowen and Company found that the number of pilots retiring is expected to accelerate dramatically over the next 5-6 years. As a result, pilot demand will also increase, continuing the upward trend in salaries.

Pilot Career Will Be More Compelling – With a limited supply of pilots and overall recovery in the US airline industry, pilot pay should, in theory, continue to move higher. As a result, the pilot career should become more compelling. We expect pilot recruitment to step up from here given the recent increases in pay and the absolute need for pilots.

Read also: How to Choose A Flight School That’s Perfect for You

What’s The Average Salary For An Airline Pilot?

Pilot salaries vary widely, depending on the experience of the pilot. When most pilots start their careers in aviation, it’s usually before they have enough hours to earn their ATP Certificate. As a result, their first paid pilot jobs are flying small charter planes, air taxis, cargo flights, or teaching others to fly by working as Certified Flight Instructors.

Like with any career, entry-level positions don’t pay that much. A junior pilot just starting out may make as little as $40,000 per year. On the contrary, a pilot with 20 years of experience that has worked into a Captain position with a major airline may make well over $300,000 per year.

See the chart below for a range of pilot salaries based on years of experience.

Many international air carriers such as Emirates, Qatar, and other Middle Eastern carriers are hiring U.S based pilots to fill their pilot positions. Pay can start around $200,000 per year with the potential to go much higher. Some Chinese airlines are hiring foreign pilots and paying them as much as $500,000 per year. Yes, you read that correctly.

Many of these airlines are also offering signing bonuses to entice pilots to join their ranks.

How Much Does It Cost To Become A Pilot?

No discussion of pilot salaries is complete without also discussing the cost to become a pilot in the first place. Just as with pilot salaries, the cost can vary widely as well.

A Commercial Pilot Certificate costs anywhere from $60,000 to $90,000 and requires a minimum of 250 flight hours. Now, let’s assume that you want to fly for the airlines, so you’ll need to earn an ATP. Getting an ATP requires 1,500 hours of flight time, so the cost adds up pretty quickly. If you pay for it all out of your pocket, you’ll easily spend upwards of $200,000. Fortunately, there are other options.

What most aspiring pilots do is let someone else pay for their flight experience.

And, no, I don’t mean their rich uncle.

What I mean is that they work in a job that allows them to fly with only a commercial certificate, then they build up flight hours while getting paid to fly. Most often, pilots work as flight instructors to “build time” until they can earn their ATP.

Another option, which is often used in conjunction with the first, is enrolling in a pilot development program with one of the airlines. In order to find as many qualified pilots as possible, many airlines will subsidize the cost of flight training for top candidates.

If you’re only interested in becoming a Private Pilot, read How Much Does It Cost To Learn To Fly A Plane?

Is Becoming A Pilot Worth The Cost?

Whether or not it’s worth it is an individual decision. Taking all the previous information into account, there are also many pros and cons that you’ll have to weigh.

Pros Of Becoming A Pilot

First, you get paid to fly. For many, that’s enough. For others, there’s much more to consider. Does it help that in the long run, you’ll get paid very well? (see previous salary information)

Due to the pilot shortage, it’s a job seeker’s market. Yes, you still need to invest the time and money to get the appropriate pilot certificate, but that’s true of almost any career. Everything requires at least some commitment.

You get to travel. A lot. When you move up the food chain, you get assigned to better routes. You also have the potential to fly internationally.

Working as a pilot includes travel perks. You have access to the “jump seat”, which is an extra, fold-down seat in most cockpits. It’s designed to provide an additional seat for a pilot that’s commuting from one place to another. It also can be used for personal travel when it’s available. This means you can generally fly for free anywhere the airline has scheduled service.

Every day is potentially different. Flying routes with many different destinations can help shake things up and keep it interesting.

You’re not stuck in an office. Instead of being squeezed into a cubicle, you’re out in the wild blue yonder. While you’re “office” may be equally cramped, your office is in the flight levels with a fantastic view.

There may not be as much prestige in being a pilot as there used to be, but you have to admit that it’s still a pretty cool job.

Being a pilot requires constantly learning and improving your skills. While some may see this as more work, most people would enjoy the pride of getting better and better at their chosen profession.

Cons Of Being A Pilot

Becoming an airline pilot takes a lot of study and work. Again, everything requires effort, but not everyone is up to the task when the bar is so high.

Becoming a pilot is expensive. Even getting a Private Pilot Certificate just for fun can cost over $10,000. By the time you get all the certificates and ratings to fly for an airline, your cost can easily be well over $200,000.

Starting salaries are low. It’s not enough that getting your ticket costs a lot. In addition to paying out a ton of cash, you’ll start out making very little.

You’ll spend a lot of time away from home. Many people enjoy this but if you’re trying to start a family, this may not be the best career for you.

Being a pilot is highly specialized. It requires not only a lot of initial training but recurring training as well.

You’ll have irregular working hours. You often may be working very early or very late. In addition, you’ll likely be working a lot of weekends.

It can become boring. Of course, that’s true of any job, but there are many long hours in the air and once the novelty wears off, you may not enjoy it as much.

What Do You Think?

There’s a lot to think about if you’re seriously considering becoming a pilot. As I mentioned earlier, I think that yes, it is a good time to become a pilot.

But that’s just me. You have to decide for yourself.